This is not a political post! Finally, the issue of homeownership has become a platform talking point in this year’s presidential debate. Yesterday, one of the candidates running for President spoke out about the importance of homeownership in America. Hillary Clinton detailed a new economic agenda yesterday. In announcing her new agenda, she remarked: “Homeownership is about more than just owning a home. It is about putting roots down in a community with better schools, safer streets and good jobs. … Continue reading →

Every three years the Federal Reserve conducts a Survey of Consumer Finances in which they collect data across all economic and social groups. The latest survey, which includes data from 2010-2013, reports that a homeowner’s net worth is 36 times greater than that of a renter ($194,500 vs. $5,400). In a Forbes article the National Association of Realtors’ (NAR) Chief EconomistLawrence Yun predicts that in 2016 the net worth gap will widen even further to 45 times greater. The graph below demonstrates the results of the last two Federal Reserve studies … Continue reading →

Some Highlights: Every agent brings a different set of skills & specialties to their clients. It is important to find an agent who you can trust to guide you through the entire process step-by-step. Having a conversation about your goals & expectations will not only save you unneeded frustration, but will also make the transaction as smooth as possible

Many have questioned the stability of certain sectors of the U.S. Economy, one section in particular is the housing market. Today we would like to share how the experts feel about how we ended 2015 and where they think we are headed in 2016. How did we do in 2015? The National Association of Realtors “Overall, a resilient U.S. economy and very solid job growth in recent years made 2015 a great rebound year for the housing market. Existing-home sales … Continue reading → 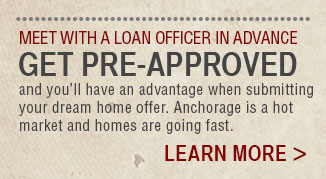