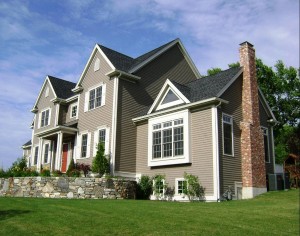 The details seem stubbornly worrisome. Mortgage requirements have grown stricter. The Federal Reserve may or may not turn off the cheap money spigot—and if anything causes the stock market to sputter, it’s uncertainty. Occasional bits of good news in the labor picture can’t overcome the fact that unemployment remains stuck on high in many states.

All of this should be bad news for the housing market in Alaska Real Estate, except for one overriding factor: apparently, Alaskan consumers aren’t buying it.

Despite uncertain economic news, consumers’ overall expectations for the housing market remained steady. The Federal Reserve Bank of New York’s monthly Survey of Consumer Expectations, issued last week, found that most expect home values to continue to climb through 2014. The uncertainty factor remains largely stuck in neutral, pretty much as it has for most of 2013.

The survey found more nuggets of good news likely to affect the Alaska Real Estate housing market. There was no reported change from last month’s report that close to 20% of respondents say they are likely to change residences in the coming year…similarly, the previous month’s finding that 44% predict their personal wealth will increase remained steady. Taken together, the two factors could likely indicate that a healthy number of home buyers will be looking for housing of greater value than that at their current address.

Whether or not the national statistics accurately reflect local consumer dispositions, they provide a backdrop that bodes well for the impending spring selling season. Soon we’ll be entering the time of year which traditionally results in a considerable uptick in Alaska Real Estate’s housing market activity – which may be prime time for determining whether this is the moment to make a change in your own residential outlook. For more pinpointed, up-to-the-moment details about your own neighborhood’s housing market profile, give me a call!