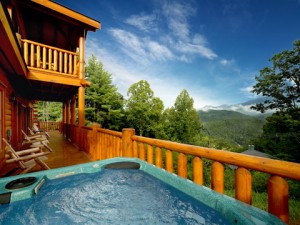 Would you be willing to sell your Alaska Real Estate property to a buyer who is offering virtual currency?
In recent news, there has been an influx of people who are putting their homes up for sale in Bitcoins. It may be actually worthwhile to consider the upsides, because doing so opens up your Real Estate Kenai property to a vast new market (not to mention potentially garnering the attention of your local media and scads more traditional buyers who are in their audience).
You may have read last December’s reports about the man who tried to sell his ranch-style home in New York for $799,000 worth of bitcoins. Another seller, a 22-year-old Canadian man, put up his advertisement in March. He had the distinction of being the first one in his town to advertise a home in exchange for the popular digital currency.
Now in case you’ve been putting off trying to figure out what Bitcoin actually is, perhaps I can save you some trouble. It’s an open source and decentralized peer-to-peer payment system that allows its users to buy and sell in virtual cash.
In case that sounds like gobbledygook, in the simplest terms, it’s a system where you don’t need to have real, government-minted cash to close a transaction—all you need is an online “bank account” with enough Bitcoin to pay for its dollar equivalent. Bitcoin’s primary attraction is to those who feel queasy about the stability of traditional currency, especially those who fear inflation. Their fears are quelled by Bitcoin’s creators, who guarantee that only a certain amount of Bitcoin will ever be allowed to circulate. Apparently, many people believe them.
Bitcoin might be new (introduced in 2009), but it is gaining more and more popularity. Even businesses like Overstock.com, Virgin Atlantic, the Sacramento Kings, TigerDirect, Atomic Mall, Clearly Canadian, and Zynga now accept bitcoins. As more credible parties accept them, the more credible the phenomenon becomes.
How could it help you sell your Kenai Real Estate property? Many people who are using the services of online advertisers are technologically savvy, and usually aware of how Bitcoin is fast becoming a popular payment system for online transactions. Compared with credit cards which generally charge 2 to 3% in transaction fees, Bitcoin fees are much lower—practically negligible. Because it currently resides in such a small market niche, that target audience is especially attentive to Bitcoin-traded products. There is also the likelihood that at least some traditional buyers who stumble across such a unique offering will find themselves intrigued enough to investigate your property further. You may even make the news. Talk about free advertising!
Whether or not you’re a Bitcoin believer—if you’re ready to sell your property in Kenai Real Estate this summer and want state-of-the-art marketing input—I’m your agent. Call me today to discuss a marketing plan that, Bitcoin or not, is designed to bring in the buyers!