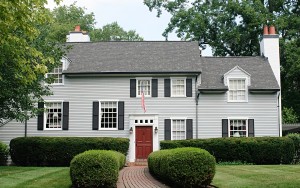 On January 6, the Senate confirmed Janet Yellen to head the Federal Reserve’s Board of Governors, making it the first time ever that a woman has led the nation’s most important financial institution. In some respects, it makes her the most powerful woman in the United States.

As with every personnel change in the Fed, Yellen’s rise has fostered plenty of concerns about the direction the Federal Reserve will take under her leadership. Since it’s the institution that determines the federal funds rate—which in turn dictates how much businesses and individuals pay for their loans—any change in Federal Reserve policy has a significant impact on our Anchorage Real Estate home loan rates. Sooner or later, those rates affect just about all of us.

So, what clues do we have about the direction Ms. Yellen is likely to lean? One came just before the financial crisis. Before the financial meltdown, Yellen expressed concerned. In 2005 she is quoted as saying, “Analyses do indicate that house prices are abnormally high, that there is a “bubble” element, even accounting for factors that would support high house prices.”

Last year was an excellent one for Anchorage Real Estate, yet according to the Standard & Poor’s Case-Shiller Index, national housing prices are still 20% off the peaks set in 2006. Research from real estate website Trulia shows that U.S. housing is still 4% undervalued (compared with a 39% overvaluation reached at the 2006 peak). Happily, Yellen, an early identifier of the previous housing bubble, has not expressed similar concerns about today’s real estate market.

In 2012, the Federal Reserve’s previous leadership announced an unemployment threshold of 6.5% as the point at which it would consider raising interest rates. During Yellen’s first testimony as Chairman, she stated that the Federal open market committee would likely keep interest rates near zero well past that mark. In Yellen’s view, the “recovery in the labor market is far from complete.” As evidence, Yellen pointed to 7.1 million people who are mired in part time work but who would prefer full time jobs—and to the 3.6 million people who have been unemployed longer than six months.

For Alaska Real Estate home loan rate watchers concerned that a rise in rates might dent real estate values, the new Chairman has sounded some reassuring notes. In her recent address to the Committee on Financial Services, Yellen explicitly stated that she expects “a great deal of continuity in the FOMC’s approach to monetary policy.”  That could mean that interest rates for local home loans might gradually rise, it’s not likely to be precipitous.

The bottom line: dramatic rises in interest rates are unlikely under Yellen’s watch, but those considering getting a home loan who have not yet taken advantage of still low interest rates might do well to consider doing so.